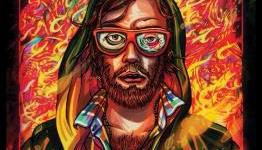 Listen to Songs from Hotline Miami 2, Out Today on PS4, PS3, Vita

Posted by Nigel Lowrie on Mar 10, 2015 // Devolver Digital:
When Hotline Miami released on PS3 and PS Vita in 2013 it delivered a tight run and gun shooter experience dripping with an unmistakable visual style and dark story that struck a chord with gamers worldwide. Some would argue that while the game itself was a modern classic it was the pulsing soundtrack that might have been the most memorable part of Hotline Miami and a large part of the game’s legacy.

Reviewing the Classification of Games in Australia

Why Gaming Down Under Is a Real Bummer