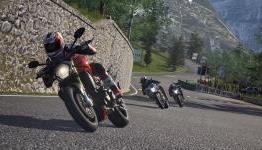 VVV: "Rumours have been rife this week that Milestone's new bike IP Ride will miss its target release date next week, but we can confirm that this is indeed true. Originally set to launch off the line on March 20th next week, Milestone have now confirmed that Ride has been delayed by one week, with a revised release date set for March 27th."

Adhttps://store.steampowered.com/app/1488200/Symphony_of_War_The_Nephilim_Saga/?utm_source=n4g&utm_medium=native&utm_campaign=sow_n4g_native&utm_content=png
- Comments (0)+ Comments (0)
TopNewestOldest
The story is too old to be commented.
140°1