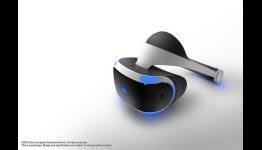 VRFocus- Last week's Game Developers Conference (GDC) saw Sony Computer Entertainment (SCE) finally provide an update on its Project Morpheus virtual reality (VR) head-mounted display (HMD) for PlayStation 4. The company rounded off the debut for the new device with the promise of a consumer launch in the first half of 2016. Of course, with the launch of any new videogame hardware must come some compatible software. SCE hopes to have that covered with a 'good number' of titles releasing alongside Project Morpheus next year.

It'll feel like you're in your own Iron Man suit in that thing. You'll be one step closer to being me, which is always a good thing.

I hope so. I really want a change to happen to gaming. As much as I love it as is, there is got to be something new.