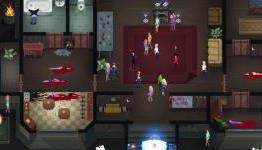 Markus Persson, also known as Notch, is (was?) working on a new game. A prototype to be exact, but he discovered the new indie game by tinyBuild called Party Hard – A Game of Murder is almost identical to the concept that he was working on.

Adhttps://store.steampowered.com/app/1488200/Symphony_of_War_The_Nephilim_Saga/?utm_source=n4g&utm_medium=native&utm_campaign=sow_n4g_native&utm_content=png
- Comments (0)+ Comments (0)
TopNewestOldest
The story is too old to be commented.
20°
7.5/10