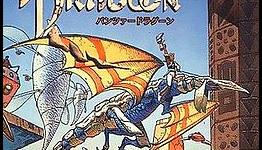 Celebrating 20 years of the amazing world of Panzer Dragoon

Segabits:
Although few gamers nowadays have heard of it, the original Panzer Dragoon trilogy has an almost legendary status among Sega fans, particularly among those that owned a Sega Saturn. What was it, though, that made the Panzer Dragoon games so special? There were many things that the Panzer Dragoon games did right at the time. The game’s 3D graphics were amongst the best seen on the system at the time, and the first two games raised the bar for the on-rail shooter genre. Similarly, Panzer Dragoon Saga’s story, voice acting and battle system were ahead of their time.

However, what really defined the games was perhaps not the gameplay, the story, the characters or even still the unique artwork. What really stood out was the world that Team Andromeda created for their games. Panzer Dragoon introduced us to a desolate world where much of the events that happened in the past were shrouded in mystery

Panzer Dragoon's Retro Remake on Stadia is quite impressive - Expansive

Panzer Dragoon: Remake to Get a Physical Release on Nintendo Switch

Panzer Dragoon artist and designer Takashi Iwade has passed away

Fun times with Microsoft and Nintendo - E3 2019 Highlights: The Aftermath