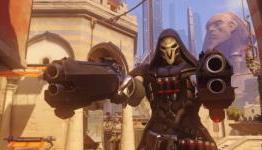 Will Greenwald writs "Blizzard’s first FPS is still far from release, but that didn’t stop the company from demoing Overwatch at its PAX East booth. I got to play two full rounds of the Team Fortress 2-like shooter, and even this early (a closed beta isn’t even planned until this fall), it looks like a legit successor to TF2. Watch the video below for the full 20-minute play session."

We hear the same damn thing every time a new cartoony shooter comes out, and every single time, TF2 continues to chug along like nothing happened.

In this world, it isn't enough for Overwatch to be "good" on it's own merit. It has to be good at the expense of something else. It's the same with EVERYTHING nowadays.

Stuff like this isn't helping Blizzard's case either:
http://www.reddit.com/r/Ove...

Fixed FOV in a PC shooter? That's gonna piss off so many potential players.