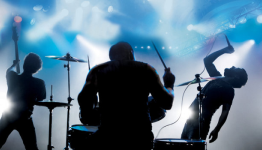 VRFocus- It seems that with each passing day virtual reality (VR) technology inches closer and closer to complete realism. The latest prototypes showcased at last week’s Game Developers Conference (GDC) proved that companies are closer than ever to pulling off consumer-ready VR, even if there’s still a little way to go before it gets here. But while truly convincing VR is something of a dream for many enthusiasts, others have some reservations about this eventuality. One such person is Devon Newsom from Rock Band developer Harmonix.

Adhttps://store.steampowered.com/app/1488200/Symphony_of_War_The_Nephilim_Saga/?utm_source=n4g&utm_medium=native&utm_campaign=sow_n4g_native&utm_content=png
- Comments (0)+ Comments (0)
TopNewestOldest
The story is too old to be commented.
190°16

Harmonix Talks About Letting Players Get Creative With FUSER