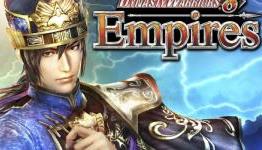 Koei Tecmo and Omega Force return with their latest installment of their Dynasty Warriors franchise, Dynasty Warriors Empires 8! Conquer Ancient China your way through strategy and relive the battles of the Three Kingdoms in this fast-paced historic fantasy. Like its predecessors, Dynasty Warriors 8 Empires is based on the “Romance of the Three Kingdoms.” The factions of the Wei, Shu, and Wu wage war against each other for supremacy over feudal China. Playing through the stories of each individual character contributes to the game’s history and it also provides hypothetical scenarios depending on the success of the kingdom of your choice.