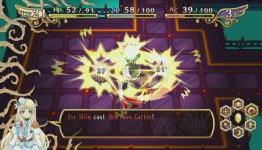 The Awakened Fate Ultimatum is a Japanese RPG game that uses the not-so-popular dungeon crawler system to generate the levels. It’s a sequel to The Guided Fate Paradox, which was released in 2013. You play as Shin Kamikaze (aka “God”) who used to be a regular schoolboy until he was killed by devils and resurrected by angels. The game has you make decisions throughout to determine the progress of the plot with a ‘good’ and ‘bad’ decision accompanying each situation. You’re guided through the game by Jupey and Ariael who represent good and bad respectfully.

Adhttps://store.steampowered.com/app/1488200/Symphony_of_War_The_Nephilim_Saga/?utm_source=n4g&utm_medium=native&utm_campaign=sow_n4g_native&utm_content=png
- Comments (0)+ Comments (0)
TopNewestOldest
The story is too old to be commented.
30°
2/5