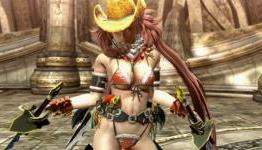 Onechanbara Z2: Chaos is coming to PlayStation 4 in North America and Europe via publisher XSEED Games, the company announced.

In North America, the game will be available both digitally and physically via a limited run “Banana Split” retail release, which will include a soundtrack CD, softcover art book featuring art book from this game and its Japan-only predecessor, and a free code to download the ‘Strawberries & Bananas’ premium costume.

In Europe, NIS America will publish the game. More details regarding the EUropean release will be provided at a later date.

We best get a physical release over here in the EU, I'm still annoyed NISA only gave the US a physical htol#niq >:(

Top 9 Outfits Which Can Barely be Described as Outfits