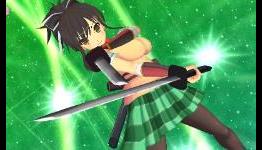 In North America, the game will be available both as a digital release via the Nintendo eShop, as well as via a limited run “Double D” retail release which will include a two-disc soundtrack.

Awsome, now if they could just localise Estival Versus, Life and Hometown would be complete :]

YES!!!! Will be getting this!!
But must get Shinovi Versus first soon. Played over 150 hrs in Burst!

Playing it on New 3DS XL I just got!