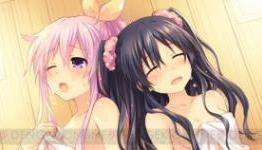 Dubbed “Neplunker,” the collaboration is a special action-oriented dungeon, not tied to the main story, where running out of energy or remaining lives means game over. And dying is as easy as falling from a high place or getting hit by bat poop.

Outside of this, the magazine also reveals that the Scout System from Hyperdimension Neptunia Victory will return with improvements. The system lets players dispatch scouts to dungeons, and have them return with items, credits, and useful information.

Hyperdimension Neptunia Victory II is due out for PlayStation 4 on April 23 in Japan.