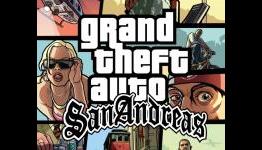 Explosion:" Grand Theft Auto: San Andreas, the classic entry of the series released years ago on consoles and PC, has been made available on PSN as a PlayStation 2 Classic release a while back but was later removed for unspecified reasons.

The open world game developed by Rockstar Games is now available for purchase once again on the North American PlayStation Store."

yeah what happen. I wanted to buy it but it wasn’t there and now it is. Unless they put the new gta San Andreas that was released on 360 and mobile of 2014. I hope it is.

Servers are messing up for me

The Best Selling PlayStation 2 Games of All Time

5 Missions That Made Us Rage Quit