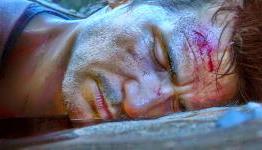 8 Massive Games That Will Prove The Power Of PS4

MWEB GameZone writes: "Sony sold 20.2 million PS4's since November 2013, these eight games demonstrate why the PS4 will continue to outsell its competition."

I doubt The Phantom Pain will run at the same resolution on the Xone as the PS4.

Why do people keep saying FFXV will be released in 2015. There was no confirmation of that.

If MGSV:TPP is using the FOX engine.

Nathan Drake's U4 is all I want.

I didn't think much abt WiLD until I saw the PS Access trailer, now i want it

i think inFamous, The Order and DriveClub can show what PS4 can do. no need to wait for U4.

It's the same pattern that repeats every time. Xbox One less resolution than PS4.

I think The Order proved the power of the PS4. Say what you want about the game, but visually, it was sublime.

Uncharted 4, if it betters it, then wow.

The next Gran Turismo is sure to destroy all standards for sure. Polyphony never disappoint (minus the unforgivable practice of importing last gen cars into GT4) and its scary thinking what they will pull off.

Project Morpheus will also prove the PS4's power judging by the previews. Its the only console that is doing (and possibly can do) full on VR.

The PS4 has yet to flex its muscles properly.

"Project Morpheus will also prove the PS4's power judging by the previews. Its the only console that is doing (and possibly can do) full on VR."

You sure about that? Its not like there's a massive difference between the XB1s hardware and the PS4s. I'm pretty sure the XB1 can handle VR.

I have the Rift Dk2 on my PC, it's a truly game changing experience, Project CARS(with wheel), Alien Isolation and Elite Dangerous are on another level, cant wait to get Morpheus for PS4.

Hopefully Sony include VR in Gran Turismo 7, that would just blow my mind.

Im wondering if any titles are actually capable of pushing the hardware to its limits or if its just pushing the limitations of the coding instead.

You live by the sword, you die by the sword. Sony's PS4 is proving propaganda and numbers are NOT translating into something tangible for those owners of said machine...such as myself (day 1 purchase).

Sure things could be better, I was willing to spend $600-$800 if the power was there. But for $400 at launch and considering how fast the community is growing I can't say I am disappointed at all.

Sorry, but of the games you use as examples, maybe 1 is anything other than solid...Tomb Raider. However, said game is another example of the 'power' of PS4 falling short. Another game I own (and enjoyed) via Steam on my modest PC, performing better than PS4 in tests - if that's your bag. I'm no graphic whore, but its like I say...Sony, you live by the sword, you die by the sword. If only Sony hadn't shouted from the rooftops how far more powerful its PS4 was than 'rival' machines.

By "numbers" do you mean having lots of fun games to play? As for the "propaganda" part, it's well known how bad Sony is at advertising. I think instead of "propaganda and numbers" you mean "word of mouth and fun games", and in my case it's definitely translating into something tangible. I'm certainly happy with my purchase, as well as my PS+ membership which paid for itself within 4 months.

Future news are not News. I wanna see the result

bloodborne is 2 weeks from today.

then see in 2 weeks

check out the interactive stuff for bloodborne. it's looking really amazing.

Tearaway may push the boundaries of our imagination, but I doubt a game like that will flex the PS4's muscles.

U4 will be the first to really push it imo.

The Order and Driveclub did that already.

Second Son was really impressive in my opinion.

I just want to play games.

PS4 is the place to be then, unless of course you're a big fan of another console's exclusives.

Xbox does have great exclusives, i just don't have time to play many games, so my console of choice is playstation-has been since ps2, because of exclusives. But i must say that this gen has been disappointing a bit, feature-wise. And especially with paid online play. Exclusives also haven't been that great- my opinion, obviously. At least BB drops in couple of weeks!

I really want to know how ND does it.