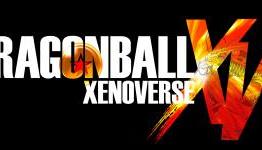 Once upon a time, Dragon Ball Z was my favourite show on television. I would wake up every morning, run to the living room and watch the episode that was airing that day; as well as taping it so that I could watch it again when I got home from school. I’d meticulously analyse each frame in a fight scene to see how the animators had made the battles look so amazing (even though moving frame by frame on a CRT television through on a VHS player doesn’t look great by today’s standards), and of course, played every Dragon Ball video game that came to market.

it was a really nice review to read

After seeing this game in action and giving it a small go I would say it's definitely around the 7-8 mark. It's good but seems to be missing that something to make it amazing.

every time i play games like these, i feel like button bashing will work in winning the game, most of the time im wrong lol

I button mash half the time it works well but then against experienced players owned.