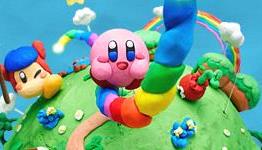 Taste The Rainbow: Kirby and the Rainbow Curse impressions, plus an eShop indie news roundup

Between Kirby cruising down rainbows and the recent influx of eShop announcements, you could say Nintendo's on a roll in more ways than one. Random Nintendo shares full impressions of Kirby and the Rainbow Curse, discusses the next wave of must-play eShop indie games, and assess Nintendo’s progress in the indie scene as a whole.