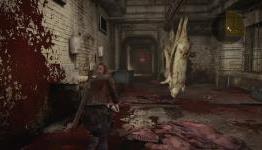 Gamespot :
Resident Evil: Revelations 2 has had some great moments over the course of two episodes, but not consistently so. In Episode One, Barry and Natalia stole the show with an eerie trip through the woods, but only after you suffered through fetch quests and awful dialogue as Claire and Moira. However, when those two were confronted by mobs of enemies and had to fight their way out of a logging village in Episode Two, their side of the story was suddenly the interesting half, as Barry and Natalia did little more than retrace their counterparts' steps.

Adhttps://store.steampowered.com/app/1488200/Symphony_of_War_The_Nephilim_Saga/?utm_source=n4g&utm_medium=native&utm_campaign=sow_n4g_native&utm_content=png
- Comments (0)+ Comments (0)
TopNewestOldest
The story is too old to be commented.
40°
87.5/100

17 Free Games With The Best Storylines