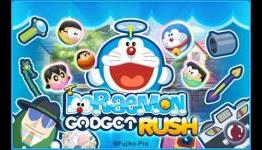 Doraemon Gadget Rush is a new puzzle game from Animoca, which is based on the iconic Japanese cartoon series and its titular character. In the game, which is available for iOS and Android, you’ll be controlling Doraemon (and some of his friends, including Nobita, Suneo, and others once unlocked) as he tries to take back his future gadgets from the bad guys.