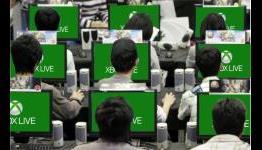 Xbox Live: Microsofts Ace in the Hole-Prepare to be Assimilated

To the dismay of many Xbox players Microsoft announced that Xbox Live will be included with windows 10 and it will be free. This announcement didn’t go without notice as many Xbox owners have been paying subscription fees for years. So what gives, why would Microsoft risk alienating it’s hardcore Xbox users?

Adhttps://store.steampowered.com/app/1488200/Symphony_of_War_The_Nephilim_Saga/?utm_source=n4g&utm_medium=native&utm_campaign=sow_n4g_native&utm_content=png
- Comments (22)+ Comments (22)
TopNewestOldest
Expand all
The story is too old to be commented.
2757d ago

"So what gives, why would Microsoft risk alienating it’s hardcore Xbox users?"

The an$wer is $o $imple it could $tare you right in the face. It's the very same reason Microsoft alienated the PC fanbase during the Xbox 360 era...Since the Xbox One's original all-in-one entertainment, always online DRM ecosystem vision fell through, they will now try coup d'état on PC gaming again.

"“Ted Pollak, Senior Gaming Analyst at JR notes that the $21.5 billion market is over twice the size of the console gaming hardware market."

A lucrative opportunity for Microsoft and their Windows 10, best of luck to them as PC gamers are not as gullible as Microsoft would wish...When Vista launched they were tutting the same horn about how they would support PC gaming. Instead they ported only 2 Halos, 1 Gears, 2 Fables, Alan Wake and nothing else as far as AAA was concerned.

Also GFWL which we didn't want or even need. We did after all, not welcome GFWL with open arms.

Most PC gamers wont even allow xbox live on there PC's (going by the negative reaction gfwl still receives today), xbox live is going to be a failure on PC, there is no doubt in that.

Yeah gfwl wouldnt allow you to save your game unless you use an unofficial patch. Really annoying.

Most PC gamers probably won't have a choice in if it's installed or not. Win10 is required for DX12, and no PC gamer is going to avoid that, and XBL will be included with the operating system. They of course do not have to utilize it, but if it's free then there's no reason for them not to. Of course, Steam or it's current competitors will likely still make up the bulk of PC purchases for the more hardcore PC gamers.

XBL will be used for people who own Xbox's, and people who just see the icon on their desktop when they purchase a new computer...so casuals as it were. Some may try it out though. Whether it can truly compete with Steam or GOG remains to be seen.

to an extent I agree with you, gfwl was complete garbage!
But since vista there have been many changes at Microsoft and following the DRM backlash and since phil spencer has taken over the ethos has also changed too.
MS have been forced to be open about future products both in Windows and gaming.

I wouldnt mind using XBL app on PC, I can chat with my xbox friends, and it will give access to record from the xbox and stream etc..
The simple fact is the allow cross platform play and cross platform chat! Imagine how many youtubers need their PCs to record/stream, and instead of having to buy hardware they just need a PC with win 10!

On the article now, the writer is concerned about MS taking over the world, but in actual fact google/facebook have already done so and know almost everything about you. Its just a slander piece.

PC is my main gaming platform and I personally will use the xbox live app, mainly for chatting with friends rather than gaming, but I like the idea of being able to stream halo to my PC and play there.
If there are better deals on xbox live than steam its where Ill purchase those Pc games.
It all comes down to spending, if a game is cheaper anywhere else Ill usually just buy it there.

it's hardly alienating them.... console's are closed environments not really much of an option when it comes to them.... MS tried the whole pay to play on windows previously and it tanked big time (GFWL) why would they try it again.

also not sure why there'd be an increase in exclusives, MS already (to a certain extent) avoid Steam and the likes

I've always been fine with paying for Live for 6-7 years but it would be far more beneficial (IMO) if they make Live free and keep a sub for the GWG + Discounts + Other premium exclusive stuff. Strictly my opinion of course :)

MS have the bank and the Azure servers to back the network no matter what but we'll see what happens.

Gfwl was just half arsed if they allow party chat through windows 10, they are golden

Pointless on a PC when there's skype, team speak, etc.

an integrated online platform would be far more beneficial then teamspeak... I love teamspeak (especially since steam's voice chat is garbage), but I'd much rather use something build into my OS that everyone already has.

^^^^ Whats your problem with Steam? I don't have any problems with the voice chat.

GFWL was free see no problem here will renew my xbox and play some on pc as well.

It wasn't free when it released.