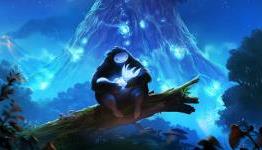 Admittedly, Xbox One hasn’t had a lot going for it so far — with the exception of Sunset Overdrive, the Microsoft exclusive titles have either come hand in hand with scandal or have been subpar. What’s worse, it is well noted how nearly every multi-platform game runs better on PC and PlayStation 4. With all of that said, no one game has single-handedly turned around my opinion of a console and its future than Ori and the Blind Forest.

It deserves it. The developers would be really proud. Day one purchase from me.

I'm sure MS is almost done acquiring Moon Studios as we speak. lol. They will be a welcome addition to the family (twisted pixel and press play)

Great Job Moon Studios. you guys got some great talent.

@Chris I was just about say I think MS owned them or in the process of owning them.

Giveaway for Ori and the Blind Forest! http://www.twitch.tv/mongpl...

I think we have a winner in Ori. The scores are amazing.

Yeah, I was expecting great things for this game, but it's great to see the overwhelmingly positive reception.

With the exception of sunset overdrive? Is this idiot serious? So Dead Rising 3, Titanfall, MCC, Forza 5, Forza Horizon, Max Curse of the Brotherhood, are subpar games? Bloody hell N4G and their rubbish posts. What should I expect, though. This is the same site that gave the Order 1886 an 8.7 out of 10 and said it took risks.

Dude they gave the game a perfect cool it.

howver i do agree that ms has many other awesome games, not just sunset overdrive.

They gave the Damn game a 10 what are u upset about so what they gave the order an 8.5 my God gamers are to freaking whiney man

Ori sounds like a hit, you should be happy for it.

Call down xbox fanboy. This is about Ori not the Order. Jesus..

This stupid obsession with The Order needs to go away. The game came out weeks ago performed badly in metacritic and now its gone. There's no need to keep dragging it back in. Anyways your setting yourself up to get assaulted by PlayStation fans if Bloodborne ends up with a higher meta than Ori.

Hey Gamerfan0909! thanks for reading the review, hopefully the first paragraph didn't turn you off too much!

I know a lot of people will find issue with it, but I havent had a ton of reasons to turn on my Xbox -- while people's opinions of games differ, I haven't had a lot going for me on Xbox. I can say the same about PS4 -- those exclusives have been pretty bland too.

All those games you listed don't really play to my interests, but don't let that paragraph hold you back. I think Xbox has a strong future and a far better exclusive library that PS4.

Xbox One is the console that gets the least of my time, but I'm so happy to see this game doing well. Will buy. I think I'd rather play this over Hotline Miami 2 which says a lot because I love that game.

Ori just looks so incredible and I'm glad it's living up to my expectations.

My goal is to clear this before Bloodborne drops. What an amazing month March turned out to be.

Thankfully it's on Steam as well!

Hyperbole much? This game completely changed your opinion about the XB1 as it stands now AND its future too?

Give it a 10 and love it. That's great but damn, tone down the over-the-top comments.

I'm buying it Wednesday because I can't wait to play it, but I'll be purchasing a physical copy in addition to my digital copy if it ever releases on disc. I love building a physical collection, and I just know that it would have beautiful box art.

Hey Firelogic! I'm the reviewer and I am serious!

With the exception of coming on to pick up GwG games, I haven't had a reason to turn on the Xbox since Sunset -- I've considered returning it until a stronger library came along. PS4 has been my mainstay multiplat console, so that's where my attention has been going.

All of that said, Ori put my fears to rest, I have a newfound love with Xbox, and I've been spending more and more time with it (both playing and not playing Ori!) I have went back to MCC and am enjoying it. It's going to be a while until I put down the Xbox controller.

Great to see high scores on this generational console exclusive.

digital copy up on amazon

I certainly don't want this game but happy it is getting great reviews C64 broke side scrollers for me ha.

Agree 3Disagree 0
▼✖-+
SPAMInappropriate
Show all comments (30)
The story is too old to be commented.
40°