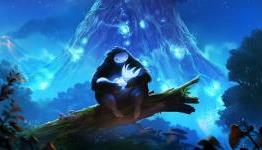 Ori is a demanding, cleverly intricate Metroidvania-style adventure in which a quick trigger finger and perfect timing matter almost as much as exploring its secret-filled environments.

Adhttps://store.steampowered.com/app/1488200/Symphony_of_War_The_Nephilim_Saga/?utm_source=n4g&utm_medium=native&utm_campaign=sow_n4g_native&utm_content=png
- Comments (72)+ Comments (72)
TopNewestOldest
Expand all
The story is too old to be commented.

But seriously, any chance for a PS4 release?

game is published by microsoft, is exclusive MS, you can buy for PC, and comes out later on xbox360.
But if you want more exclusive xbox one and the ori buy xbox one =D

The game is owned (the IP) and published by Microsoft.

I don't think it will ever come to Ps4. the ip is owned by MS infact they might probably acquire the studio too. they've done that with smaller studios they've worked with in the past.

Digital copy up on Amazon for Xbox one.

Even a casual game like Ori could beat photo realistic games in terms of grades or reviews. The game proves gamers still can enjoy fantastic games on a 'less powerful' machine.

Unlikely if MS doesn't give the publishing rights away. Game is on PC though and I don't think it's that demanding. Most people do have a PC, right?!

well done ms. Impressed. Long may it continue. It will probably not sell those forza type numbers but thats ok...ms knows this...they are servicing the niche. I hope enough support this.

Too much side-scrolling
-IGN :P

I cannot wait to try this out!

This game is getting some great reviews! I can't wait to play it!

Fantastic review this game has been on my Radar since last year it is finally here can't wait to play it.

This games making headlines getting crazy good scores across the board.

Glad to see this game was worth the wait.

These guys need to join the MS studios, if built up they could be powerhouses.

I totally agree.i even made the exact same comment in another review thread. the guys are super talented.

YES... Scores so good make you wanna "Smack Yo Mama".

This is twice now within the past six months that I've seen IGN knock a game for difficulty level and the lack of an autosave feature. For what's probably the largest gaming site in the world they don't seem to employ many gamers that enjoy the challenge that games of old offered.

WOW great game MS and Moon studios
Great reviews coming in....might have to pick this up

When i saw the trailer, i knew it was going to be a good game.

The game looks good, but gotta play to confirm. IGN gave Child of Light 9+, but when I played it felt so empty, far from the greatness people said. I guess when it's an "indie game" and it looks good, it automatically gets 8+ on reviews, then comes the bonus as gameplay and story. Noticed that. The standards are very different for the so called "indie games" who are behind companies like MS, Sony, Ubisoft. "OH, YOU ARE A SELF ENTITLED INDIE GAME AND GOT THE NOT SO USUAL PHOTOREALISTIC GRAPHICS??? OK, YOU ARE GETTING FROM 8 TO 10!!"

There's nothing indie about that. It's like saying every game on SNES, GENESIS, MASTER SYSTEM, ETC was indie because it was created by a small studio or maybe two programmers.

Edit: Not saying the game is bad. I'm just cautious now when I see this hype for an "indie game". I've played countless on Steam (got over 200 games there) and I know what I'm talking about.

You're not wrong. Indie games with unique and beautiful art styles get a free pass these days just on the fact that they're indie and artistically beautiful.

Kinda disappointed to hear about the lack of check points in this game. Not a big fan of 2d platformers myself, but I'd usually be willing to overlook that if the art style and music (or story, concept, theme)are good. Can't personally overlook difficulty with lack of checkpoints, there's nothing more i despise in games than having to play the same level over and over again due to a mistake or two, and i get really unlucky in games like that, where I'm literally an inch away from the next save/checkpoint and get killed or fall off or die in some stupidly unlucky way.

This game sadly doesn't sound like it's my type of game because of that. Everything else checks out for being my type of game, graphics, art style, music, story, theme, but unfortunately i cannot buy a game with gameplay mechanics (lack of saves )i won't enjoy.

Whether it is or not is irrelevant to the point being made. Most people, even many reviewers will assume every 2d platformer that isn't mario or rayman is indie (assuming they don't research the company before reviewing it, which isn't really their primary job, they mainly just review stuff), especially user reviews.

It's just the common perception that most 2d platformers are from indie devs, because big name devs rarely make those types of games anymore. People like to review these types of games highly so they can feel like they have unique and obscure tastes in games, they like to feel special, so many times they review indie games, or what they think are indie games, highly. Not to mention, reviewers are generally afraid to go against the popular opinion amongst other reviewers, which is why there is so little diversity in the scores we see for most games, if something comes out and most reviewers start giving it 9s, other reviewers will follow suit,even if they don't actually feel that way about the game, just so they look more "credible ". Of course you also have reviewers who just want clicks and will give a game a high or low score just for attention.

Not saying the games aren't good or anything, i just think reviewers treat certain types of games better than others, and indies (or perceived indies) get a free pass as long as they're artistically beautiful, indie, 2d, or filled with nostalgic elements from the nes/snes days.