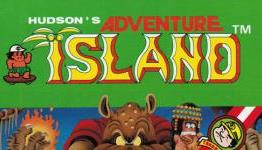 Adventure Island Being Ported to Atari 2600 as Expedition Island

Carl Williams writes, "Atari is in the news a fair bit lately, from the recently discovered Alien vs Predator for Atari Lynx prototype (the third such version) to the recently released/announced Atari Jaguar games. Tack on another title to the growing list of new Atari games, this time it is Adventure Island getting ported to the Atari 2600. The port is obviously missing some things but so far, it is quite an accomplishment. Expedition Island looks to recreate the fun retrogaming fans have had with Master Higgins, Figgins here, over the last few decades (come on Konami, give us a new AI game!)."

Adhttps://store.steampowered.com/app/1488200/Symphony_of_War_The_Nephilim_Saga/?utm_source=n4g&utm_medium=native&utm_campaign=sow_n4g_native&utm_content=png
- Comments (0)+ Comments (0)
TopNewestOldest
The story is too old to be commented.
90°6

The Game Deflators E199 | Nintendo (NES) Collecting on a Budget

The 8 Most Difficult Games We've Ever Played