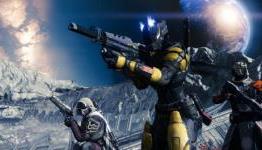 6 Months on - how Much has Destiny Changed?

Destiny is a unique phenomenon. On the one hand, it received so much hype on which it it failed to deliver when it initially launched 6 months ago; on the other, millions of Guardians, myself included, still log in daily or weekly to defeat the minions of the Darkness - and have fun doing so.

After an expansion, numerous updates, controversial patches, and endless tweaking, how much has Destiny changed in the last 6 months? Quite a lot, as it turns out.