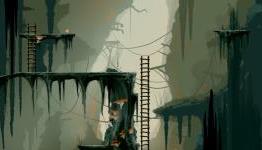 The Platfromer History and Where It's Going

DaJuan from A Pixelated View writes "The humble platformer is one of the longest running video game genres out there. Space Panic, an arcade game published by Universal Entertainment, is credited as being the first ever real platformer. Released in 1980, it very much resembles Donkey Kong, which was released in 1981. The only difference between the two is in the core mechanics. The main character in Space Panic digs, while the character in Donky Kong jumps."

Why Final Fantasy & Other JRPGs Make God The Last Boss