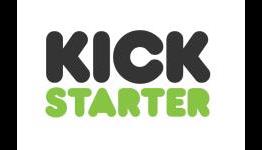 Marcus Estrada writes: "Every month on Kickstarter is filled with success, failure, and tons of excitement. As such, February featured a whole host of great projects which found themselves funded! If you want a general look at all 27 successful video games then you can check it out right here. Such data is great for a quick reminder of all the great projects on Kickstarter last month, but leaves many questions left unanswered. How much money did project creators make in February? Were most projects funded by a substantial margin or barely scraping by? This post exists to answer some of those questions crowdfunding fans likely have but have never seen sufficient answers to. "

Adhttps://store.steampowered.com/app/1488200/Symphony_of_War_The_Nephilim_Saga/?utm_source=n4g&utm_medium=native&utm_campaign=sow_n4g_native&utm_content=png
- Comments (0)+ Comments (0)
TopNewestOldest
The story is too old to be commented.
100°6

Here Are The Games Leaving Xbox Game Pass In July 2022