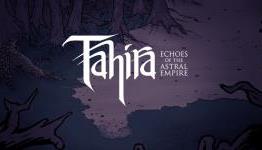 Ahmad Khan writes: "I find it refreshing that indie-developers have increased the quality of turn-based games significantly in the past few years, thanks in part to better developer tools and easy to use engines like Unity. Tahira: Echoes of the Astral Empire is one such high-quality indie project. Gamers of middle-eastern background will immediately recognize the Arabic title of the game project, and yes the game does have eastern elements in the lore. Fans of the Dune universe will also notice the echo's of Frank Herbert's work in the game."

Adhttps://store.steampowered.com/app/1488200/Symphony_of_War_The_Nephilim_Saga/?utm_source=n4g&utm_medium=native&utm_campaign=sow_n4g_native&utm_content=png
- Comments (0)+ Comments (0)
TopNewestOldest
The story is too old to be commented.
40°
65/100

Review: Tahira: Echoes Of The Astral Empire | Path Of The Gamer