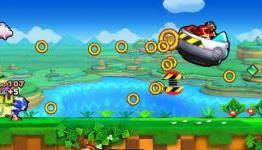 Sonic Runners Might Just be the Best Sonic Game in Years

Even if you don’t play Sonic games yourself, by now, you’re probably intimately familiar with everything wrong with each successive release because people love to analyze what’s wrong with Sonic. They’re too complex, too simple, too serious, too childish, too rushed, too scattershot. They’re mere shadows of the early games. They’re boring and rough and crimes against nostalgia. They take a good idea and run it into the ground.

Sonic Runners is here to right those wrongs. Well, most of them.

Adhttps://store.steampowered.com/app/1488200/Symphony_of_War_The_Nephilim_Saga/?utm_source=n4g&utm_medium=native&utm_campaign=sow_n4g_native&utm_content=png
- Comments (0)+ Comments (0)
TopNewestOldest
The story is too old to be commented.
110°1