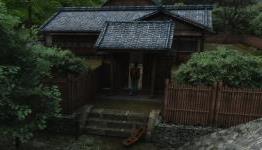 Shenmue is an amazing, beautiful game. And it should never come back.

yea its a real shame too every game has to be like cod or gta now or a mixture of the two very sad for the industry. I hope 1984 doesn't happen again at this rate it just might.

I never played the game so a HD Remaster itself could be nice.

You wouldn't like it. This game is way past it's prime. Compared to GTA, Just Cause, Far Cry and any other huge, sandbox type of game that we are used to, playing this game would only show how extremely dated it is.

How do you know what he would or wouldn't like?

OT: It was a great game, a gem of it's time. A reboot or remaster would be great.

I like shenmue more than all those games. GTA are overrated, just cause fun but way to much travel time. Far cry is fun too but the quest are boring.

I also like hand to hand over guns. Also shenmue was never open world its an action rpg

The game looks literally immaculate on a Dreamcast in 480P with a VGA cable. Ive played it in HD on an emulator and theres not much difference except it controls worse and stutters. The dreamcast practically WAS the first HD console with how clean it's output looks in VGA mode. better graphics and color than any PS2 game easily. so unnecessary when the first game was HD back in 2000. if a 1080 3D 60FPS version came out that might be a tiny bit justified, the new consoles could definitely handle it.

Maybe if they added sonic and friends people would buy it? I really like the QTE. They should add more of those too :D

Shenmue III should be made. Games can be updated. People still like compelling stories, and Shenmue has one hell of a story behind it.

True Crime became Sleeping Dogs and it was a great game, there's no reason why a spiritual successor to Shenmue or a re-boot shouldn't be made.

I think Shenmue should only get one more title to wrap up the series taking place in 1994-5 (bunch of saturn collectibles).. on a new SEGA system. Now hear me out naysayers, Nintendo lost almost ALL brand loyalty the N64 had built up with the gamecube but with the Wii they managed to bounce back to record profits. Who says sega couldnt pull something off similiar with the support of all of it's hardcore fans. A Dreamcast 2 initiative or SEGA VR AMUSEMENT SYSTEM on a crowdfunding site to show the hardcore that theyre about GAMES. Sega had the best virtual worlds in the arcade anyway, imagine one last hardware push with hardcore titles like Virtual-On VR, Sonic Adventure 3-D, The final Shenmue game (playable as VR or third person in stereoscopic 3D) Jet Set Radio Singularity. They were always crazy innovative, it's almost a crime that they arent involved in modern VR hardware.

Shenmue is a rose tinted experience for me. I wouldnt change it for the world, but the thought of playing it now seems like purely an exercise in nostalgia. The game is quite tedius if you ignore the graphics and tech which were a huge selling point when it originally released.

Great game, I still remember the crazy fight scene at the end of Shenmue 1.

Agreed that it should never return. Yakuza is everything Shenmue should have been and it's also the spiritual successor. Why bring back something old when the new does everything better?