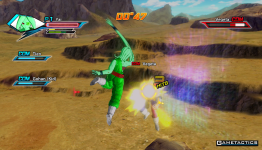 Dragon Ball Z: Battle of Z released last year, and despite an initial string of setback preventing online play from being enjoyable, the game was actually pretty solid. While the game did have some gameplay issues, its follow up, Xenoverse fixes some of these things. The result is a game that is all the better for it.