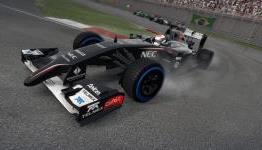 From the review: "F1 2014 is everything people hate about annualized sports games. Not just a carbon copy of the 2013 model, but also a game that fails to capitalize on some of the biggest changes the sport has ever seen. Worst of all, many of the franchise's best features have been removed. It's clear this was an afterthought as the developers worked on the truth next-generation sequel."

why did this tagged as ps4 when in fact its a ps3's review?

2 new arrivals hit Xbox One via Backwards Compatibility – Are they worth the return?

Which of the Xbox Ultimate Game Sale bargains should you pick up? 7th-13th July 2015

Which of this weeks Xbox Live Deals With Gold bargains should you pick up? – 7th April 2015

The Last of Us 3: What We Hope To See In The Next Sequel