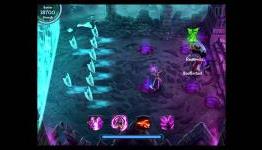 TouchArcade: Another game in the rapid-fire onslaught of GDC meetings was Nightmare Guardians, which is sort of difficult to describe as a specific genre. It's got MOBA elements in that you're controlling a hero around, but the goal is defending the dream world in an almost castle-defense kind of way. I dig it, largely because so many games these days are describe so easily as "It's like ____ but ____."