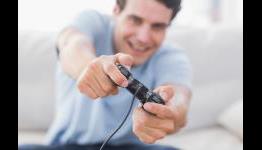 With E3 only a few months away, fans and journalists eagerly await what is going to be announced at the show. As such, Skewed and Reviewed have posted an opinion piece as to why 2015 is going to be a massive year for gamers.

Its indeed a monster of a year. Too many amazing games will be released this year.

I have hope that The Last Guardian will be announced at either E3 or TGS this year.

I would expect some delays as it is only natural due to developmental delays and some companies take a look and saying wow, too much competition so lets move back to a less crowded time. We also have all of the ones we do not know about getting announced as well. Look at the new Wolfenstein. We did not even know it was coming until a few days ago and bang, May of this year.

Wolfenstein Old Blood should seriously be moved from May. That month belong to the best, The Witcher 3.

About other games gets delayed, i expect very few delays this year unlike last year. Lets just hope they are not broken upon release. Especially Assassins Creed Victory.

It seems that we are just supposed to accept broken games as part of the norm. In the pre-net days a company that released a broken game tended to not last long or they would send out a disc with an update which was costly so they tended to avoid it. You also did not get as much pre-release hype as aside from a few trade publications, most consumers saw the item when it was on their shelf. I think Nintendo did much to change this with their magazine which really caused a surge in publications talking up pending games and such. It also made companies more aware of what their competition was doing and as such we had some racing to be the first to market and as such, broken games. People dispute this but I think a big part of the recent Battlefield issues was their insistence that the games ship ahead of Call of Duty. Now for Hardline, someone had some sense and said lets push it back a few months, but doubts still remain.