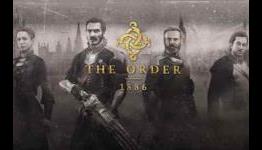 Video games that never managed to live up too their hype

New IPs like Gears of War, Uncharted: Drakes Fortune and the Last of Us meet their expectations and sometimes even surpass these expectations. Some games however, never come close to the hype that they garner and ultimately feel disappointing when eventually released. Here's a look at some over hyped games that never reach the hype.

It is hard for some games to not be hyped when there is not a massive inflow of games coming out at a single time.

my biggest let down this gen is Killzone PS4. I was so hyped for it after 2 amazing PS3 episodes and i got too disappointed with the new one.
FIFA15 is massive garbage but i kinda expected that.. KZ was unexpected!
I know some people are loving it but it just didn't catch me as much as KZ2 and 3 or even Mercenary.

Last gen? definitely FFXIII. What a crappy game.
Star Ocean was also a let down to me.

I liked Fifa 15, but Killzone was disappointing

Seriously, "too their hype"?

Yes, I was surprised, to.

At least it wasn't "too they're hype".

I was disappointed with LA Noire, I had such high hopes for that game, it started off well it just got so repetitive, I've tried to finish it twice, once on my old fat PS3 (RIP) then again 4 years later on my slim, both times I gave up towards the end because I got bored

Is this a serious question? I would say every aaa game released in 2014 and now into 2015 would fit.

I remember people being disappointed by UC until UC2 came out, I personally love the game and beat it 3 times and I usually never replay games even if I like em.

It's funny that this is the exact same situation that the order is in. I thought that gears of war comparison for the order sounded familiar...

Uncharted 89 meta. The Order 65 meta... It's like history is on repeat! /s -___-get out of here with your lame conspiracies. Nobody was disappointed with UC1. You are just desperate to draw comparisons between 2 games of differing quality.
The Order can't hold a candle to Uncharted, it is nowhere near as good and you need to stop trying to make it seem that way.

Never bring up mata again and people loved UC1, but it took a lot shit by being compared to Gears of War for it's gameplay, which is also being used as a comparison for the order an its third person cover shooting not being better then gears.

Now if you most, you can DM me and we can continue this.

The Media is to blame. U guys hype up games so much. What happen to the hype of Ori And The Blind Forest? Your so busy over hyping games u know that will give u hits that u guys dont even know the real gems out there that deserve the attention and this is why these games dont get the sales they deserve because your too busy looking at AAA titles and forget about these indie titles all for stupid hits for your site.

So the Xbox gets a decent indie title and all of a sudden indie games matter, now I'm not saying YOU'RE one of the Xbox "fans" that have hated on the PS4 before because it has more indie games than AAA games, but that's that reality of it

Im just pointing out that game sites are so focused on triple a games its just ridiculous the small amount of coverage they give indie games. Yeah u get a few that get the red carpet treatment but I wish they would do more coverage on games like Ori And The Blind Forest because I dont ever remember seeing any kind of hype on this game & it just proves the media doesnt do a great job updating players about such titles and why, because its a small indie team so it cant be anything major. Instead of wasting time with triple a games that dont need their hype, they should shine more attention to these small indie devs and give them the shine they deserve.

I love this thinking from Sony fans. It wasn't until Sony pushed indies on their system with a huge PR campaign of "<3 indies" that sony fans decided this gen they loved indies.

Even though all through the 360 years, with support of great games like Dishwasher Samurai, Castle Crashers, Geometry Wars which all appeared on 360 first, not to mention 360's indie channel, Sony fans told Xbox fans that their indie games don't count and shouldn't be included when talking about exclusives.

That is the real reality of it.

More gross generalizations from you, gangsta_red. You really need to learn the distinction between the actions of a few people, and the behaviour of an entire community.

Your entire sense of history is wrong. The only reality here is the fact that indies have been supported by the PS community long before any sort of rumour about the PS4 surfaced. And the only shift that occurred as a result of that indie campaign was from the handful of Xbox fans who suddenly decided that indies were games anymore.

@gangsta_red: I wonder how many times you're gonna lie about that?

I know you blindly follow everything maniacmayhem says, but you apparently weren't around last generation, or were just ignorant of what was going on with PlayStation gamers. I'm not gonna do the research for you, but we had plenty of indies to praise, and we actually DID.

If you want to privately believe that no such thing happened, by all means, do so. But don't presume to spread that stupidity around as truth.

Edit: I admit, I AM a bit fascinated by someone stalking me around the site, doing their utmost to twist my words around, and only succeeding in convincing people like you. That he even manages to pull that off- not that it's much of a feat, since it takes all types in this world, even the gullible ones- is pretty interesting, if a bit sad.

You don't have to believe anything I've said. That doesn't negate fact, though. Sony gamers were proud of their indies last gen. You being ignorant to that fact doesn't invalidate the fact.

As for "exposing" me, you'll have to do better than intentionally misinterpreting me multiple times on one or two comments. Although, if you say you can't believe anything I type, why would you choose to believe that? That's rather stupid of you, don't you think?

@ziggercat
I'm generalizing? But please don't mention Hellsvancacy and his Xbox "fans" hating PS4 and their indies. Just please direct that generalization statement only at me.

And very skewed view of history you have. When some of your sony fans were listing your many exclusives you guys loved to always brag about you always mentioned that only triple A games counted and that nothing for Kinect, or the indie XNA community should count. You did not praise indies as you do now, only when Sony told you the slick PR line of "<3 indies" is when they counted and when you all took noticed.

You seem to have more of a fascination with that guy than me since you like to drop his name in a lot of your comments.

It would be foolish to believe any word that you typed down Spotie. Especially how many times you have been exposed/caught as a bias hypocrite that flips flops and moves goal posts to suit your own argument to defend Sony no matter what.

yes, you are generalizing - and you did it again in your response. how many times do you have to be told that the actions of a few individuals do not represent the community as a whole?

the reason hellsvancy was *not* generalizing is because when he was referring to xbox "fans", he's specifically talking about the ones who have hated on the PS4, he was not referring to *all* xbox fans. you keep referring to those same people who may have trash-talked xbox indies early in the X360's development cycle as though they're representatives of the entire community. are you that blinded by your own bias that you fail to see that your already feeble argument is incredibly flawed?

"You did not praise indies as you do now, only when Sony told you the slick PR line of "<3 indies" is when they counted and when you all took noticed."

again... wrong. and you're generalizing... again. playstation owners have been supporting indies for a *very long time*. games like flow, flower, the pixeljunk games, journey, everyday shooter, limbo, guacamelee, sound shapes, papa & yo, unfinished swan, fat princess, and so on... *ALL* came out before your timeline, and *ALL* were supported by playstation owners.

how long did you have to repeat that to yourself in order for you to believe such an egregious lie? you keep repeating it, and it's no more correct now than it was the very first time you tried to spread this FUD.

"When some of your sony fans were listing your many exclusives you guys loved to always brag about you always mentioned that only triple A games counted..."

my sony fans? i loved to brag? who are *my* sony fans? since when did i become the overseer of the entire PS community? where are your example of me bragging or saying that only AAA games counted?

Evolve was a serious let down for me.

I wasn't disappointed with any of the games that I bought for my PS4.

However if I could name 5 games that didn't live up to the hype it would be,

This is just my opinion.

Six years on, No Man's Sky is a masterpiece