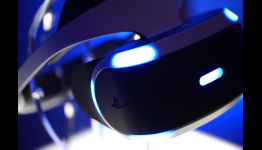 Yoshida: Sony has to Get Project Morpheus Right 'the first time'

VRFocus - Annual updates on mobile and PC-based virtual reality (VR) hardware are likely to be common once the technology reaches consumers. Oculus VR, for example, has stated that it is working on a new iteration of its Gear VR head-mounted display (HMD) for a possible reveal later this year and acknowledged that the eventual consumer edition of the Oculus Rift will be far from the final iteration. But, as a console-based kit, the Project Morpheus HMD likely won’t have the luxury of regular updates. For that reason, its creators know that they have to get the device right ‘the first time’.

I didn't realize it had a flippable front screen. That's a really smart solution.

I've never experienced VR before but I'm definitely interested in trying this out.

A good dev support from Sony and 3rd Party then it will be great. I can imagine Quantic Dreams next IP or GT7 in it will look unbelievably amazing.

its going to be interesting to see what sony's first party dev can do with VR , but games probably won't look like quantic dreams or GT7 until morpheus 3 .

I think it will be somwhere between $250-350. Its a new technology after all. The screen by itself will not be cheap. Even then i think Sony will be taking a hit on sach headset sold initially. But i think it will end paying devidends. If they are able to get the business side of things right, VR will do the rest.

The stealing price for me would be over 250$.

This article AGAIN!!!!! They also need to get the price right from day one can we get that article again PLZ

Good read. It will be a day one for me. If anyone is interested there is a demonstration by tge VR industry in Merriott Hotel in LA coming up. Price of admission is only $15 dollars if yiur a student, and i think $20 bucks if your not. You can see how great VR is for yourselves (:

Lol look you got a disagree for saying something informative. Man fanbots must not like VR news.

Wait... what's wrong with the PSTV?