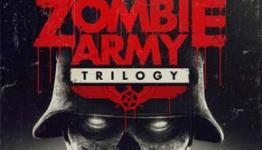 Zombie Army Trilogy is the combination of three campaigns into one neat package filled with many hours of solid cooperative gameplay as you shred through piles of the undead. Each of the campaigns provides its own story to the overall arc though it's slightly more clear that a larger focus was made on the third chapter as they really amped it up with that experience. Each provides the same amount of gameplay with each level having a number of chapters with the occasional occult boss thrown into the mix. There's a definite focus on Nazi cult culture and even an eventual battle with the fatherland leader himself by the end.

17 Free Games With The Best Storylines