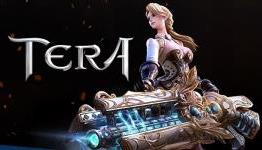 While the Korean class name was hard to translate (I just called her the Arcane Gunner), TERA Japan has a really straightforward name for the upcoming new class – Heavy Gunner. Lack of creativity, but it will work. Similar to the Korean server, this ranged DPS class is limited to just the female gender of two races (Castanic, High Elf). Of course, there will be specialized voice acting included.

Why do they keep adding one gender only classes?

The Best MMOs For When You Finally Quit World of Warcraft

The 2D run-and-gun/puzzle platformer "Planet Cube: Edge" is coming to PC and consoles in early 2023