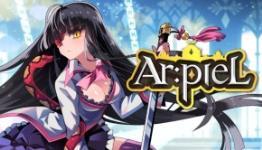 Announced by Nexon Korea back at G-Star 2014, Arpiel will be entering its first test phase from 13 to 15 March. Developed by Ngine Studios as its first online game, Arpiel faintly reminded gamers of the now-defunct Trickster Online, where similar animal motifs were used. Here, characters are part of a school seeking to patch a broken magic mirror which threw the world into chaos.