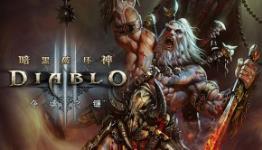 NetEase, the publisher of Blizzard games in China, finally announced Diablo III will be entering its Technical Test on 24 March. Though part of the massive delay might be due to changing game content to please the Chinese authorities, it seems that Blizzard was also busy preparing the exclusive Free-to-Play mode for the China server. There is no NDA, so perhaps we will see some screenshots then.