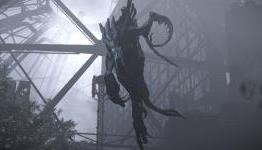 Vic Bs'Stard writes: 2K’s four vs. one monster hunting game is now out in the wild. I've spent the last few weeks being the hunter and the hunted in Evolve.

Evolve’s developer, Turtle Rock, pretty much invented the concept of narrative-driven co-operative multiplayer game-play with Left 4 Dead. In pitting a group of four players in a drop-in/drop-out zombie apocalypse they created an immediately accessible game that pretty much forced players to work together in order to survive.

I’d love to say that Evolve did the same, in should, but success in the game very much depends on the calibre of your compatriots."

Adhttps://store.steampowered.com/app/1488200/Symphony_of_War_The_Nephilim_Saga/?utm_source=n4g&utm_medium=native&utm_campaign=sow_n4g_native&utm_content=png
- Comments (0)+ Comments (0)
TopNewestOldest
The story is too old to be commented.
100°5