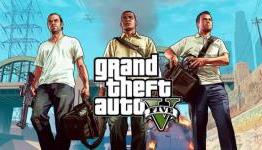 Among the newly unveiled content is a new car; the Lamapadati Casco. If this sounds familiar, that’s because that name was found in the GTA site’s code last January.

DLC has not been released its actually a title update, but its only available to dev kit units. How people been able to get access to it is by entering a command code on XB1. But you need the the same ID tag assigned which a actual dev kit XB1 would have to play.

Plus those who download the update will not be able to play the game as it has to match the ID of account that downloaded the patch, so to play with others you have to uninstall/reinstall the game to play in public MP. Might as well wait until the dlc comes out tomorrow.

It hasn't appeared on mine or any of my friends' early!!

'Early' for this DLC is a subjective statement - some people may argue that literal comment! I don't mind Rockstar - had plenty to do otherwise. Just saying..!
:)

can't wait to get it! and get lots of RP and Money. and watch rockstar lower it again. cause bullshark cards....

While, time to dust off my GTA5 disc and pop it in.

can someone point me to a nice article which explains it fully? i tried searching

it's only a day away, yo

Early?! I think they mean it's way late! Over a year or something. >;o]

It's an insane package of content and remember: it's for FREE!

You should be thankful that the industry has great traditional (yet groundbreaking) companies as Rockstar. Other companies would charge 29,99$ for the content and it still wouldn't be comparable to the work and effort Rockstar has put into it.

It was supposed to come out a long time ago. That's the point. They delayed the crap out of it, and the title reads early, but it's not early.

The DOWNLOAD for the heist update is what is showing up early, It would really benefit you to read the article...

"Heists appear early..." No need to read the article.

i really hope this will be good

Started download in uk 30mins ago said it was 4.2gb on x1

Here is the full update list if you're into details:

I'm having a problem now where I can't start an invite only server and invite friends in or vice versa. Keeps saying we need to finish the tutorial.. Hope that gets fixed asap.

I Pray to the gaming Gods this update is flawless with no issues when I get home.

mine must have did it automatic , when I got on (about 2 hours ago) lester called me and it was on....haven't did one yet though....

So it's not available yet this site posts that it is. Good work to get some hits!

According to Rockstar it has been available for more than 2 hours. Check out the time for the post.

Not interested anymore...sorry Rockstar your DLC is a bit late.

But I hope people will enjoy it :).

Yeah, because coming out for consoles a year and a half after the game's release is early.

Joined a random on a Heist setup mission then he invited me back to the Heist finale (first heist) and I have to say it was pretty fun. Can't wait to do some more of them with my group this weekend.