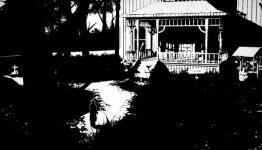 White Night And The Mysterious Case Of Style Over Gameplay

TSA:
White Night was released last Wednesday for PlayStation, created by French studio Osome and published by Activision, one of their rare forays in to the indie world. It stars an unnamed protagonist who stumbles into an spooky mansion, once the home of Henry and Margaret Vesper, their son William, and the mysterious Selena, a jazz singer at a local bar. Set in 1930’s Boston our man – and some of the now absent household – have a drinking problem and, along with with our hero’s Fedora and the dated furniture the scene is set for a Noir film thriller, but the game is more like a black and white version of the Paranormal Activity films.

Adhttps://store.steampowered.com/app/1488200/Symphony_of_War_The_Nephilim_Saga/?utm_source=n4g&utm_medium=native&utm_campaign=sow_n4g_native&utm_content=png
- Comments (0)+ Comments (0)
TopNewestOldest
The story is too old to be commented.
60°
8.50
7