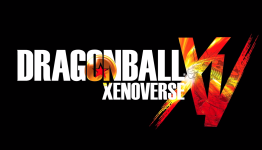 Dragon Ball Z XenoVerse is the newest release in a long line of fighting games, developed by Dimps who have worked on plenty of the previous releases. XenoVerse seems to be an evolution on the system found in Battle of Z with the heavy focus on multiplayer fights with 3v3 player controlled battles and up to 6 characters fighting at once on one map. Following in the steps of what was argued to be one of the worst DBZ games, can XenoVerse put itself apart?

Adhttps://store.steampowered.com/app/1488200/Symphony_of_War_The_Nephilim_Saga/?utm_source=n4g&utm_medium=native&utm_campaign=sow_n4g_native&utm_content=png
- Comments (0)+ Comments (0)
TopNewestOldest
The story is too old to be commented.
110°13