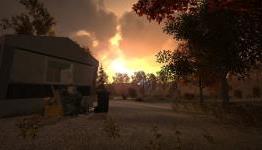 Home is Where One Starts Passes Greenlight Campaign

VRFocus- Last month VRFocus reported on the launch of a Steam Greenlight campaign for an intriguing new virtual reality (VR) compatible videogame by the name of Home is Where One Starts. The campaign hoped to raise enough positive votes in order to launch on Valve's digital store in full come release. Now, a few weeks on, Home is Where One Starts has passed its campaign, meaning it will launch on Steam in early summer 2015 with full support for the Oculus Rift head-mounted display (HMD).

Adhttps://store.steampowered.com/app/1488200/Symphony_of_War_The_Nephilim_Saga/?utm_source=n4g&utm_medium=native&utm_campaign=sow_n4g_native&utm_content=png
- Comments (0)+ Comments (0)
TopNewestOldest
The story is too old to be commented.
120°7