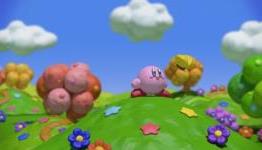 Dustin Spencer from Capsule Computers writes "Kirby may have had a great number of releases, but Nintendo have waited a bit before having the lovable mascot debut on the Wii U. Maybe the reasoning behind that was due to the development of Smash, but its also because Kirby titles have to have nothing but quality before releasing – and while the platforming is great, HAL have always enjoyed putting our pink hero in new situations with gimmicks galore. After Return to Dreamland and Triple Deluxe brought us more foundation for the franchise, Kirby and the Rainbow Curse calls for something more unique. Utilizing the same mechanics as Kirby’s Canvas Curse and Yoshi’s Touch and Go, this release is out to please visually, with a bit of a sturdier challenge than before. How does it fare for the Wii U? "

Nintendo's cutest duke it out - Kirby vs. Yoshi

10 Games Nintendo Should Port to Mobile Next, You're Welcome

Grid Force: Mask of the Goddess Review — The Gamer's Lounge