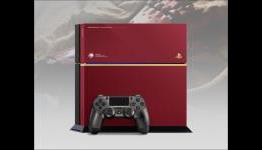 I'll dump my PS4 and get this one if this happens, plain and simple.

Same here, unless they announce a Final Fantasy XV one that looks better in the meanwhile, but this one is hard to top.

Me three. This looks absolutely gorgeous.

Was going to wait for a PS4/Morpheus bundle next year but if this comes to the West i'll throw that idea to the curb and buy this right away.

Hmmm, I don't know why, but the idea of a PS4/Morpheus bundle never crossed my mind until you brought it up.

Now I have to decide on whether I should wait for that bundle or get the MGSV version if it comes to the West.

Do the right thing Sony, let this baby release over here, Europe, everywhere!

Better yet, Sony should make this the equivalent of the XBO Assassin's Creed bundle.

So if they can do this for ps4 why not also for xb1 or is there some deal that sony has going on . So i ask a question and get disagrees , really !

Not worth the effort for a dead console in Japan and even in the West they know where the fan base primarily is.

Why did Xbox one get a limited edition of advance warfare and ps4 did not? It must be because The majority get Xbox to get the dlc early and its always been like that. If it was Microsoft who wanted a limited edition of it it was a smart move because it will sell some Xbox ones. The reason why they get the metal gear one is that true metal gear fans are the ones using playstation.

You do know this system is only for Japan right? And you do know how poorly the XB1 is selling there right?

Its simple economics and doesn't have anything to do with Kojima being prejudice towards american products.

Doesnt the guy use Apple products?

Maybe it's the fact that MGS has always been considered a PlayStation franchise. And its a Japanese game and console.

Because at the moment is only for Japan. And we all know how great the XB1 is performing there. Microsoft only has themselves to blame for the poor sales of the system.

Sadly SCEA is too stupid to do this. We never get bundles while Europe/Asia do.

Of course there won't be an X1 version. Its Kojima.

Well when the ps4 version of ground zeroes outsold the Xbox version 5-1, can you blame him?

The logical choice is clearly ps4 unless you want konami to lose a lot of money on a dead console outside of north America.

Xbox is better suited for cod, battlefield, type bundles since its an American product.

I still can't believe people paid full price for it. I bought it used at GameStop, beat it and returned it. Lol

I disagree. I'm pretty sure the PS4 outsold the X1 version because of the total neglect the X1 version was given. A game the size of my backyard being 720p. It's laughable.

When there's an open world game on X1 right now at 1080p 30fps, using forward rendering, 4XMSAA, and is comparable graphics wise to GZ. You can tell that Kojima doesn't really try for the X1. And while I love Kojima's games, I can't stand his impartialness.

Those games you've named, Cod, BF, are good games IMO. The Xbox was built around competitive gaming, just like the PS brand was built around single player. I also like RPGs, MMOs, MOBAs, etc. Although I am an Xbox gamer.

@Lennox- I'm inclined to believe that it has more to do with the Fox Engine not getting along well with the Xbox One, rather than any Kojima partiality. Seeing as how PES 15 a game that had no business being 720p ran at 720p on the Xbox One, I think it's a Fox Engine thing.

I think that all collectors items should be made in limited quantities,actually they should number them make no more than 5000 to 10000 units,thats the reason i frankly dont want to see this edition on sale worldwide.Just make a new diferent edition to sell in US and another also diferent to sell in EU countrys,thats how it should be if they actually want to call this diferent Skus collectors editions!

Supporting Kojima video games is good enough for me.

Anyone agree with me that releasing that thing I'm the west will boost PS4 sales?

Sony should do this.

Glad i dont have a ps4 yet. Definitely will get this if it comes to the states