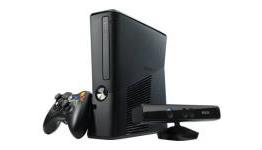 Xbox 360 On the Verge of Extinction?

Is the Xbox 360 on the verge of extinction? Owners of the popular Microsoft gaming system, Sony’s PlayStation 3, and other gaming platforms of the recent past are beginning to deal with a harsh reality. The idea that many of the newly released games are not going to be available for the last gen gaming consoles.

Adhttps://store.steampowered.com/app/1488200/Symphony_of_War_The_Nephilim_Saga/?utm_source=n4g&utm_medium=native&utm_campaign=sow_n4g_native&utm_content=png
- Comments (34)+ Comments (34)
TopNewestOldest
Expand all
The story is too old to be commented.
2758d ago

There's been a nice overlap but now it's time to move on. Cross-gen development holds games back.

What was all that noise about not supporting previous gen consoles though? The OG Xbox got a lot of flack for it and MS are supporting it for almost 10 years now. I remember how many were saying how MS would let the 360 die a death as soon as the X1 was out. That hasn't happened AT ALL so far. They got proven wrong there.

I agree though, as long as next-gen games don't get dragged down with cross gen initiatives, then supporting the old gen is fine.

I just don't want them to end psn support. I still play many games online on my ps3 . So ending support now would suck. Sony please save a server for us fighting game fans.

Evene without it being used for games, because of 7th generation enabled the ability to constantly update they have evolved so well and make great multimedia centres.

About time. Stop making games for ps3/360. The next gen is here now. Time to let the good times go...

There's no reason not to keep them alive, from a pro-consumer point of view, in some capacity. Tomb Raider is a perfect example; a 360 & XB1 version produced independently. The XB1 can realize maximum potential while 360 can cater to the large userbase it has. Forcing upgrades isn't good. Just give reasonable incentives.

Even when all big titles move on they should always keep digital indies alive on the systems, allowing them to become indie machines sorta like Vita.

Actually there is a preview program and now you can download X1 games from your Xbox 360 to build a library for your x1 this should help the transition for those latter on.

(Off topic) but its a bit funny to me that some of the best running games so far are remasters. GTA 5 remastered, Last of Us looks fantastic remastered. And although AC Black Flag was kind of a next gen title, it was aimed at the last gen systems, and runs better then Unity and Rogue.

Well. The reason I switched is because even though they release games still on old generation when the games dnt work properly they tend to take forever to fix it. I'm guessing it's because the developers are spending most time trying to get current generation games to be best they can.
PS4 =😋

As long as there are big games like Call of Duty, Assassins Creed, Battlefield, Sports titles like Madden, NBA 2K and kid oriented titles like Lego games, Disney Infinite and Skylanders old gen systems are going to remain alive for about another five years.

Note: indie games and Xbox live keeping services that will keep it relevant, such as, apps and free games.

They, ugh this word, LITERALLY just announced a preview program for the Xbox 360. The Xbox 360 (and PlayStation 3) will be around for a few more years.

The amount of software support will stop pretty soon but it does not mean the consoles are not worth playing.

The previous generation only really maxed out for me in 2013/14, with titles like Tomb Raider, GTA5 and Last of Us, etc.

The 360 and Ps3 are still great systems and have the advantage of huge and relatively cheap libraries to play through. I have a next gen console now but have still kept the 360 and PS3 for that very reason. When you cant afford a £50 game, you can pick up one for a fifth that price.

It may be difficult for some people to understand, but some gamers cannot afford a PS4/One yet. So continued support is good for these gamers.

However when it comes to cross gen games I am perhaps more worried. Its fine as long as the developer isn't splitting the time between both the previous and current gen titles and damaging the final product of the platform it should really be on (e.g Destiny was a next gen game and to a certain extent feels out of place on last gen).

At any rate both the 360 and PS3 can be proud of what they achieved in their life cycles, some amazing games and a finally mastered online experience.

But the Xbox 360 - well, I'm not a Halo fan. Gears of War and Alan Wake do look interesting but, on the whole, I'd choose Sony's games over them. It's not like Microsoft ever made a massive deal out of Alan Wake.

It was easy to program for but once the Cell got cracked (if you don't believe that's so much the case with multiformats, check the beautiful Bioshock Infinite on the PS3), the Xbox360 was just a potential RROD tinbox with rip off online fees compared to the PS3.

It's part of the reason that I'm pleased for the PS4s sales. Because Sony deserve to have a sales increase after the PS3, with more great exclusives and free online, only sold about as much as the Xbox360.

I thought it was already extinct.

Unlike the PS3 which STILL has exclusive games coming for it.

If I hadn't lent my 360 to a friend, I'd still be playing on it occasionally.

When i finally play through GOW3, Alan Wake, Red dead redemption and Halo 4. Then it is time to buy PS4 for me. Some x360 games still look and play great. 5€ for used x360 classic games is not bad. Enjoying still.

A Look Back at 'Middle-Earth: Shadow of Mordor'

Resident Evil Games That Still Deserve A Remake More Than RE4

15 Years On, Halo 3 Was The First "Modern" Online Game

Why Is GTA So Important In Modern Gaming?