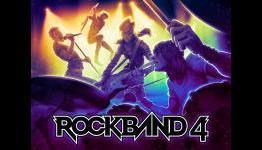 IGN:"Harmonix Music Systems Chief Creative Officer and co-founder Alex Rigopulos is in a good mood when he answers my phone call. And despite the unseasonably terrible winter he’s stuck in the middle of in his studio’s Boston suburb of Cambridge, he has every reason to be jovial – it’s just over a week before Rigopulos and his team will unveil Rock Band 4 to the world, returning the beloved music game series to the stage for the first time in five years"

Not a fan of the red guitar, but that white one looks pretty nice.

They should use the Dance Central Spotlight model, make the game $10 with a handful of songs and then allow people to buy the songs they want.

Harmonix Talks About Letting Players Get Creative With FUSER