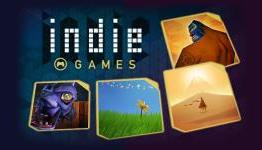 Indie Games Are Going In The Wrong Direction, And Here’s Why.

Gamers adore and admire indie game developers for what they do, it takes a lot of hard work and dedication to breakthrough in this industry. There is a feeling though that a lot of indie developers, no matter the skill or quality of work cash in on gamer’s nostalgia or the current fad that is taking over. If you go into the Early Access or indie section of Steam, it would be flooded with cheap survival crafting games or 2D Rouge-like games because that’s what a majority flocks currently. Most developers try and create something new and fresh in that genre but typically just ends up being the same game with a different skin on it. In this day and age indie games are a massive driving force in gaming, however lately it doesn’t feel like it.

Adhttps://store.steampowered.com/app/1488200/Symphony_of_War_The_Nephilim_Saga/?utm_source=n4g&utm_medium=native&utm_campaign=sow_n4g_native&utm_content=png
- Comments (0)+ Comments (0)
TopNewestOldest
The story is too old to be commented.
190°20