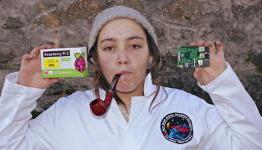 Xbox One May get cheaper thanks to this new AMD-chip

"Advanced Micro Devices (AMD) and partner Taiwan Semiconductor Manufacturing Comp (TSMC) are said to be preparing an enhanced version of the APU that powers the Xbox One. The move was first hinted from the LinkedIn resume of an AMD chip design maker.

In the resume, the design maker mentioned how he had successfully worked on a more efficient and cheaper version of the Xbox One's processor. After the purported leak, the resume is now made private and can only be viewed among LinkedIn account holders."

Adhttps://store.steampowered.com/app/1488200/Symphony_of_War_The_Nephilim_Saga/?utm_source=n4g&utm_medium=native&utm_campaign=sow_n4g_native&utm_content=png
- Comments (39)+ Comments (39)
TopNewestOldest
Expand all
The story is too old to be commented.
2759d ago

All current gen systems will eventually get cheaper throughout the years.

I believe this means it will be a cheaper X1 for Microsoft not consumers.

Your right about that. Microsoft are the ones who control the price and its up to them to reduce it to give consumers a better deal. This is true with all firms though.

see how sells , neither of these companies are going to give away profit if the hardware is moving at the numbers they want

On Topic: Anyways its completely normal that they always find a way to reduce the cost of these APUs. What's more interesting is the improvements that they make to them. Like reducing the heat output of the system

All you can see is spam for miles...

And hard working employees standing in line to commit suicide.

A good $299 Christmas bundle could push people to buy one.

look how many copies of advanced warfare still sold on 360 , a 299$ bundle with halo 5 amd the MCC , would really get people to move .

PS4 also uses similar APUs from AMD as the Xbox One. I doubt AMD is only doing this for Xbox One,

AMD is making 20 nm APU's for both Microsoft and Sony. See my previous post.

Does this mean we'll be getting a cheaper slimmer console this fall?may be in time for the big fall exclusives.

No, a slim console won't happen for another few years. The things just came out and are selling quite well. The slim consoles only come out when sales stagnate later on in the cycle.

It could happen sooner than you think.If what the article says is true then MS might have already started working on a cheaper model and if that's the case then don't expect the slimmer model to be too far behind cos it would definitly boost sales.

No it wont. Microsoft (and Sony) can and in fact has a very long history of modifying the internals of the console without changing the physical dimensions. You would have to be an idiot to think that them making smaller chips means a redesign this early in the lifecycle.

Idiot? now that's where i draw the line dude.having a different opinion on an issue gives you no right to call anyone names. i'll just stick to what i believe and you can stick to yours. Good day Sir.

@christocolus your second comment was even more agreeable than the original one! WELL SAID sir bubble up!

Microsoft went through 5 major hardware revisions and way more smaller revisions of the 360, Sony went through more. It is absolutely moronic to think that this early in the lifecycle when the systems are selling like they are that they're going to sell a redesigned one at this point.

This is normal off any life cycle off any console "hence i mention any console" I look at my collection and look at the iterations off xbox360 ps3 ps2 ps1 mega drive etc etc components get cheaper to manufacture hence they get replaced in consoles so the overall cost for building the thing comes down. May not hit the consumer right away that's normal practice as well but in the end it benefits everyone. Doesn't mean less quality.

what a glorious pipe.

Grounded Needs to Think Beyond Insects