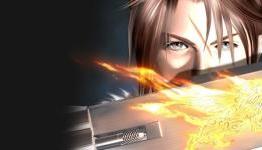 Final Fantasy VIII is Either the Worst Written Game in the Series, or the Most Brilliant

Final Fantasy VIII is arguably the most divisive entry in the Final Fantasy series. With the way Final Fantasy VII took the world by storm and was touted by many as the greatest JRPG ever made, Squaresoft had the impossible task of making a sequel that would at least be as good as FFVII, if not better.

I'm going to say the most brilliant

People nit pick this game to death over the smallest things, things which can easily be explained away.

Yeah the "Orphanage thing" might of not been the best but it did tell you in the first two discs that GF's do make you forget because of their power...they were leading up to it.

The only issue I had with VIII was that I didn't enjoy the battle system but everything else I loved. ESPECIALLY TRIPPLE TRIAD!!!

However, I hate the "Squall is Dead" theory.

The battle system was fine, if it's about the "I always had to draw" thing then that's bullshit. I never drawed once unless I needed a GF and I still had a shit load of magic at the end of the game.

I think the Rinoa-Ultimecia Theory makes more sense and would be quite poetic. Could of been a plot point for a film-sequel or something....trying to stop history repeating it's self.

Yes the battle system works and is perfected just like in other FF games .

Plenty people mix up their own bias and dislike for a system , with it not working as intended .. wich are not the same thing .

As for the orphanage ... nevermind trolls , it's not really used that way as an argument against the game . For some of us , it was just a last straw of sort , in a long serie of story points and choices , we didnt like .

Sure it does make sense within the VIII universe , with that convenient explanation , that is indeed outright mentioned all along ... But it still looks cringe worthy for someone already negatively balancing some pro/cons list for the game .

For me the way the game tries to sell me shoe horn it's (yet painfully obvious from even the first cutscenes) weak romance is a bigger issue . No amount of disney-like ballroom grandiose dancing scene , was going to convince me that it clicks , and didnt just happens because Rinoa and Squall are the titular heroes

I actually liked most of the gameplay mechanics....the story though.

I just never seemed to get into it or FFVIII's characters.

For some reason FFVIII has always remained as one of my least favorite in the series. I still liked it more than X though.

Yea, I actually enjoyed VIII equally to VII. The story did lose me towards the back end of the game. The mechanics and summons were really good. Those Gunblades tho. Oh yea, Siefer killing Odin was BS!

People, please note that I simply said I didn't enjoy the battle system, not that it was flawed.

FFVII is over rated. FFVIII is better in almost every way. That's just me though.

Definitely not just you.

IMHO, 7 was definitely overrated I just didn't think 8 was the better of the two games.

That's why I love being a FF fan. They can be so different. You like 9 and I think Zidane is the worse main ever! 6 is boss though. 4,6,8 are mine in that order. 12,7 gets honorable mentions.

lol I like to imagine that Vivi is the true main character of FFIX.

You will rarely see a JRPG male protagonist like him.

The worst. Really. Even if you didn't enjoy VII, I very much doubt though any objective or subjective measurements, VII could be considered worse the XIII-2.

Edit: Ah misread. Thought it was via VII.

Comment still stands though, its hard to be worse than the train wreck that was XIII-II

how can you hate vii??

That game had everything you could ask of a jrpg!

Definitely my least favorite as well. When the main character is that flat and uninteresting it ruins the whole game in my opinion.

FF VI (2D) no J-Pop BS just pure epic storytelling and believable characters
&
FFVII (3D) the reinvention of FF
will always be the best FFs ever made.

Its a toss coin between the two, right Edgar & Sabin?
https://www.youtube.com/wat...

The absence of Sakaguchi was a real big loss.

Kefka and Sephiroth are the best FF Villains, too.

I really loved this game. The change to more realistic characters helped me feel more immersed in the world at the time. Sure there were parts that were frustrating, but come on, it's Final Fantasy:)

As I've said before, I loved all of the FF's that I have played and I thought that each story had its good (and bad) moments. I'm not a die-hard fan who has played all of them though. I've only played:

Serious fans will probably argue that I have missed out by not playing the earlier versions (and they're probably right). But it was the 3D world of FF7 that drew me into the series.

Looking forward to see what FFXV brings to the table.

I,IV,VI, and XI are some of my favourites. Would put all of them over VIII, X-2, XII, and XIII for comparison's sake.

Yeah many came on board with VII and didnt get to discover excellent titles like V and VI . I to III are a tought sell , as they didnt age so well , and gotta be played with the oldschool mindset .

My top for the serie remains unchanged .. i have a deep fondness for all main FF titles except 3 series : FFVIII , FFX (sorry but i mostly enjoyed the battle system and not so much the tale and characters . ANd FF X-2 i certainly dont like ) and everyone's black sheep the XIII series .

I did try to like XIII more . I didnt find the first's game story and its characters that bad ... when some part where clearly mishandled . But i dont enjoy one bit the attempt at cleaning it up from XIII-2 and lightning .

Anyway my FF games chart minus the mmos . excellent but in a genre of their own :

FF VI . The whole package in story , gameplay and realisation at the time , and still the best for the first two elements imo .

OMG tactics! I just wish they would make a sequel someday. A real sequel none of that advanced non-sense.

I truly dislike FVIII and it's characters , but it could never be the worst written , not with the XIII saga around (when ironically i could still stomach FFXIII)

The thing that got me was the overall art style and story and characters and music and enemies (giant T-rex). At some point after I had killed a T-Rex and was driving around in my car with squall, one of the biggest babies in RPG history, I felt like I wasn't even playing a Final Fantasy game. It's just a really strange game overall and the babysitter plot twist completely killed everything that plot had going for me (which was basically nothing). It's down there with XII and II and III for me.

Considering it made up for the disappointing story of FF7 I'd go with brillent. One of my favorites.

VIII is still one of my favourite entries. It would have been first if not for the horrid junction system. Use a spell = become weaker, bleh.

This is also the first time I've read about the Rinoa/Ultimecia theory, and it sounds quite pleasing. But yeah, the story was so awesomely crazy, the writing wasn't held down by any limits, it leaves a lot for theorycrafting, what else could you want?

FFVIII was bad but SE release much more worst FF's the past years than VIII & compare to those other SE-FF FFVIII looks like a MASTERPIECE lol...

Neither. Most brilliant is X and worst is I. To be fair, if we exclude I since it was the first and waaay back, then the worst is XIII.

that's it! I'm making a gaming site. If all you have to do is take a game that ppl like and say it's bad and all of you give them hits... well it's time for me to get in on this.

Loved VIII personally, so much nostalgia!!

ff8 for me is a great ff game, its one of those games that I played during the right time and the right age.

Final Fantasy VIII: The big game-changer of the entire series